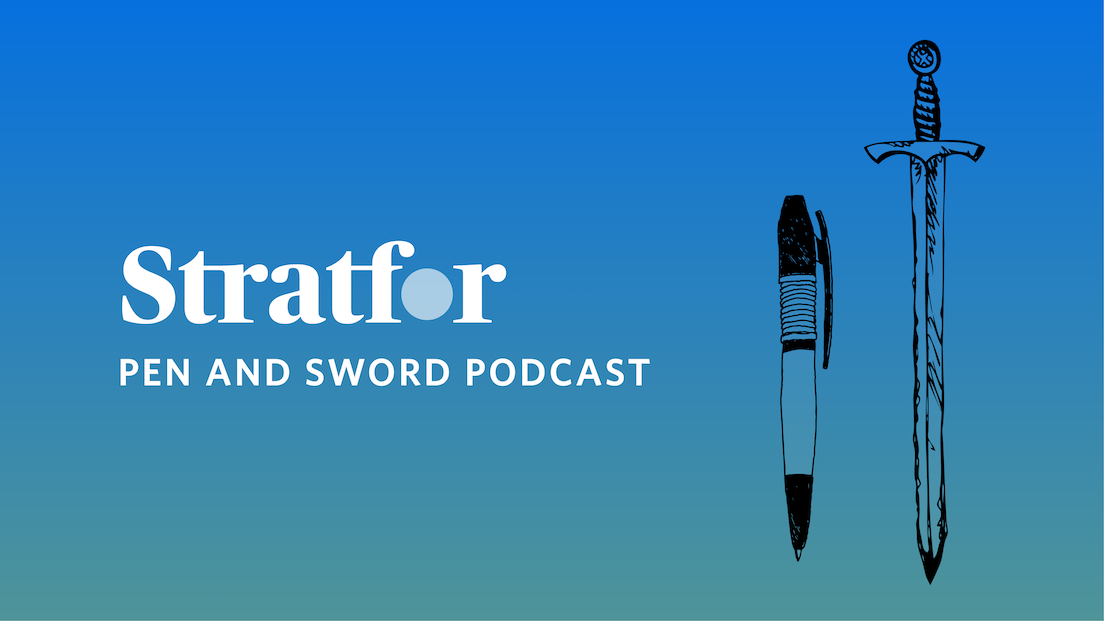 Sometimes, the hardest person to shop for on your holiday gift list is the person with the most varied interests. This year, consider checking out the Pen and Sword podcast from Stratfor, a RANE company for recommendations. We hosted dozens of best-selling authors and geopolitical thought-leaders in 2020. (Listen to all the 2020 podcasts here).

We thank all our wonderful guests who shared their time, insights and storytelling with our listeners. Amid a year of interrelated crises, each author informed and entertained Stratfor listeners with risk, intrigue, true crime, and stories of lives affected by geopolitics.

Boiling the many, many interviews down to a list of 15 podcasts was hard, and so, we added a list of more “excellent reads” at the end of this list.

Jessica Goudeau, After the Last Border: Two Families and the Story of Refuge in America. Goudeau has written an intensely personal account of two women and their experiences as refugees in America. Mu Naw (a pseudonym) is a refugee from Myanmar who arrived in 2007, while nearly 10 years later, Hasna (also a pseudonym) arrives after fleeing from Syria. The two women have vastly different experiences; Goudeau details the intricacies and geopolitics of the U.S. refugee program and provides plenty of food for thought.

Declan Walsh: The Nine Lives of Pakistan: Dispatches from a Precarious State. Walsh describes a fragmented country, once home to great empires and emperors, with traditions old and new. A land of great beauty and culture bound by religion, struggle and chaos. It is a powerful book that tries to explain all of those conflicting elements through the stories of nine people whom Walsh encountered during his time there, framed by the story of his own unceremonious expulsion from the country.

Peter Zeihan, Disunited Nations: The Scramble for Power in an Ungoverned World. Zeihan, a geopolitical analyst who once worked with Stratfor, predicts the end of the current global order. Driven by demographics and geopolitics, he argues, nations will become more insular. That, of course, was never more apparent than during 2020, with the shutdown engendered by the coronavirus pandemic. Zeihan argues the pandemic could hasten the global order's end. What once may have taken a decade, he says, is already underway.

Matthew Yglesias, One Billion Americans: The Case for Thinking Bigger. Readers of Stratfor Worldview know that over the last several years, the United States has been in an increasingly fraught great power competition with China. They will also recognize that U.S. policy over time has been split on how best to deal with China's economic, military and territorial ambitions.  Yglesias argues that there's a simple solution: More Americans. He makes the case with an engaging conversational style destined to provoke a new way of approaching recurring issues facing the U.S.

Collateral, by Brian Andrews and Jeffrey Wilson. The phenomenally successful authors of the Tier One thriller series took hero Navy SEAL John Dempsey, on a crazy wild exciting ride in this latest. In a wide-ranging conversation, the authors discuss their writing process, how they incorporate global geopolitics into their storylines, and what comes next for both themselves and their protagonist. Collateral is the sixth in the Tier One series.

Sarah Carlson, In the Dark of War: A CIA Officer’s Inside Account of the U.S. Evacuation from Libya. Carlson served in the CIA Counterterrorism Center and was an experienced mid career analyst when she was assigned to Tripoli, Libya just about a year after the overrun of the U.S. mission in Benghazi. (About which our own Fred Burton wrote in his bestseller, Under Fire: The Untold Story of the Attack in Benghazi). Carson’s minute-by-minute detail of a life-or-death flight in a country that was spinning deeper into a civil war is a gripping story that includes important lessons on risk management and mitigation - especially when they go wrong.

Anthony DePalma,The Cubans: Ordinary Lives in Extraordinary Times. Through years of conversations and rare access, DePalma discovers and shares stories from people whose lives have been defined by the U.S. embargo and the failed revolution in Cuba. For 60 years, Cuba's presence on the world stage has been limited to the role of a pawn in the Cold War fight for supremacy between communism and capitalism.

Jack Carr, Savage Son. Carr's latest is the third of the James Reece trilogy. Carr reveals that this tale leans toward the darker side of human nature - and follows the paths of both the hunter and the hunted. Carr says this might be his darkest tale yet, but is still full of human redemption. His research for this book took him to the former Soviet Union, where he found delightful people who were more circumspect than other places he's visited.

Sierra Crane Murdoch, Yellow Bird: Oil, Murder, and a Woman's Search for Justice in Indian Country. This is the story of a Native American, Lissa Yellow Bird, who took on her tribe, the courts and her family to uncover the truth about a missing person. It is filled with at times heartbreaking and at other times infuriating details of life and death in a shale boomtown and the people who fall through the cracks.

Samuel Katz, No Shadows in the Desert: Murder, Vengeance, and Espionage in the War Against ISIS. Katz shares the untold story of the fight against ISIS that took place out of the headlines before it exploded into the alleyways and open deserts of the Middle Eastern battlefields. The book serves as an important reminder that geopolitical developments are too easily disregarded, as is the case of the recent resurgence of IS.

Robert Spalding, a retired brigadier general with the U.S. Air Force, describes how China has been working to steadily undermine U.S. democratic systems from within in his new book, Stealth War: How China Took Over While America's Elite Slept. All too relevant during a tumultuous political year, Spalding argues how to fight back.

"I've always been really interested in the history of forensics. And I felt like I really wanted to dig into what is right with forensics and what is wrong. There's plenty of both, both now and back when it started," Dawson said. Added bonus: stories that didn’t make it into her book made it into a hit podcast, @tenfoldmore Wicked.

There were so many great interviews in 2020. Some more excellent reads include:

William Craig Reed, Spies of the Deep. Chronicling an event that happened 20 years ago, after the Cold War had ended and a few months before the United States and Russia sent the first crew to the International Space Station. The event was the explosion that sent the Russian nuclear submarine Kursk to the bottom of the Barents Sea. The tragic accident was part of a larger espionage effort and cover-up, and Reed believes that lessons from what happened are still applicable today.

Robert Mrazek, The Indomitable Florence Finch, a young war widow whose cunning subversion of Japanese rations during the wartime occupation of the Philippines saved the lives of hundreds of POWs and garnered the highest medal a civilian can receive and.

Tracy Walder, The Unexpected Spy: From the CIA to the FBI, My Secret Life Taking Down Some of the World's Most Notorious Terrorists. Walder was recruited into the CIA at a jobs fair during college, and has served on several high-profile counterterrorism efforts against al Qaeda during the Iraq War. She then went on to work at the FBI, where she specialized in Chinese counterintelligence operations.

And although this book was released before 2020, Call an Audible by Daron K. Roberts. This is the story of Roberts' last-minute pivot away from a career in law to an NFL coach. These days, Roberts coaches students in a class on sports leadership, maintains a popular sports blog on LinkedIn, and serves as a "transition coach" to many. In this interview, Roberts shares inspirational ideas about how to set and achieve goals, see people as more than their titles and share in humanity’s common goals. Just the ticket for life - now and after the COVID-19 pandemic is a thing of the past.

Many more great book interviews are ahead. Subscribe wherever you get your podcasts.