Reimagining U.S.-China Arctic Ties in the Context of Green Energy 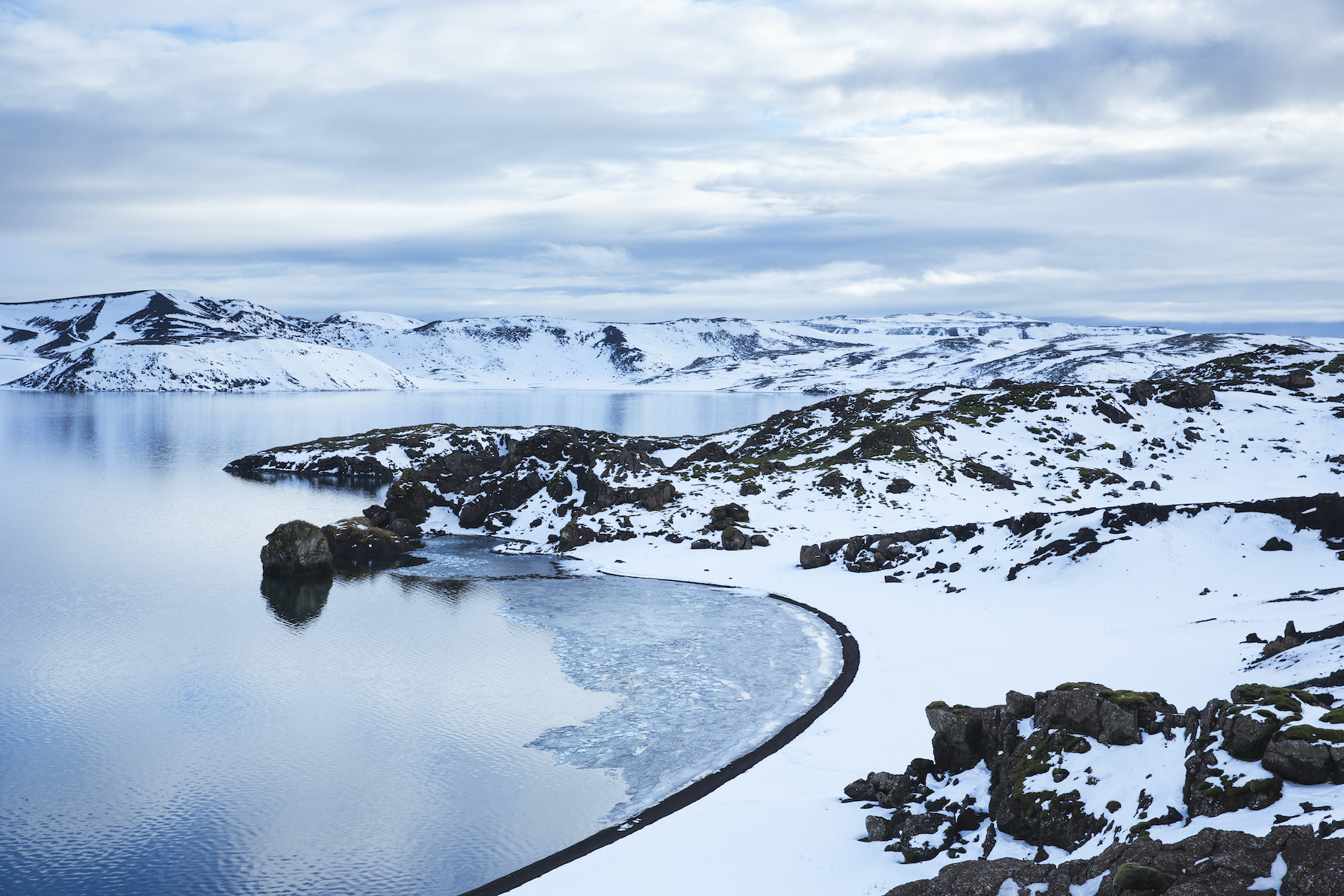 In this blog post, Anita Parlow, Esq., discusses the environmental and geopolitical issues developing in the Arctic region, and how geothermal energy initiatives to combat climate change might help thaw U.S.-China relations. Parlow is a recent Fulbright Scholar to Iceland, was advisor to the Harvard-MIT Arctic Fisheries Project, and Founding Team Lead for the D.C.-based Woodrow Wilson International Center for Scholars' Program on the Polar Code. Parlow, who has spoken in symposia in the United States, Canada, Europe and China on Arctic issues, has authored numerous articles on Arctic shipping, energy, infrastructure and, subsistence topics. Parlow has an advanced degree in law from Oxford University.

What could be a small, yet defining step toward a softening of the hard-line view in 21st century geopolitics occurred this spring in Shanghai, China. In May, about 600 people from Asia, Europe, the United States and beyond met for what China called the "first" international meeting that was dedicated solely to Arctic issues.

This collaborative gathering convened by the self-styled "near Arctic state" was co-sponsored by Iceland's Arctic Circle. And it came hard on the heels of a warning sounded by U.S. Secretary Mike Pompeo several days earlier at the eight-member nation Arctic Council Ministerial in Rovienemi, Finland. Pompeo warned that of the "security consequences" of China's rising profile in the Arctic region, marked by its combining economic interests with a strategic presence.

The Shanghai event suggested that there may, perhaps, be room for a thawing in currently volatile U.S.–China relations.

Such optimism was reflected in the round, glass Shanghai Science and Technology venue that mirrored the city's dramatic 21st century skyline along the Huangpu River. Here, the glass and steel architecture, reminiscent of futuristic ships' sails and space needles, is home to some of the world's tallest skyscrapers. The remarkable architecture reinforced the clear statements made inside the large hall: that the People's Republic of China fully intends to be a 21st century player in the Arctic — a region being redefined by global warming, melting sea ice, increasing natural resources development and shipping.

Co-hosted by the Arctic Circle, Iceland's network for global dialogue on the Arctic, and China, through its Ministry of Natural Resources and the Ministry of Foreign Affairs, the opening remarks by Wang Hong, Director of China's State Oceanic Administration and other high-level officials, stated China's interest in the Arctic region was a response to the global warming that impacts China's weather patterns.

More skeptical China watchers, some of whom attended the Shanghai meetings, noted that China's increased Arctic presence, linked to its environmentally controversial Belt and Road Initiative, is more part of a geo-strategic jockeying for power than concern for the environment. Beijing's growing investments in natural resources, shipping and a desire for a seat at the geopolitical table in the Arctic region as the sea-ice retreats and the planet's newest frontier increasingly opens for business seem more consistent with China. As Beijing becomes increasing able to operate in Arctic waters, the Defense Department released a report in June 2019 that expressed concern that China's commercial interests could be part of a long-term strategic interest for a military presence.

However, at the Shanghai meetings, high level leaders from China's ministries echoed President Xi Jinping's earlier call to protect the Arctic environment, promising that its own massive investments in oil and gas across Russia's Northern Sea Route, linked to China's Polar Silk Route, would be green. This despite a controversial environmental record for its vast multi-continent Belt and Road Initiative.

At home, Chinese academics and scientists have produced a variety of studies that show that the steady and rapid expansion of China's economy over the past several decades has come at the expense of the environment, climate and, the health of its citizens. The British medical journal, Lancet, attributed some 7,770 premature deaths annually and an epidemic of respiratory disease to a nation that hosts one of the "most serious levels of air pollution in the world."

But sometimes — and perhaps this is one of them despite the trade war chaos — it might make sense to build a small (or second-tier) political alliance, so that a foundation can exist (beyond China's ownership of U.S. treasuries) for adversarial rather than enemy relations. And, in this instance, one that could be mutually advantageous for greener and more sustainable energy.

In his opening remarks in Shanghai, former Iceland President Olafur Ragnar Grimsson reminded the China-Arctic assembly that the "defining" geopolitical issue of this century is climate change and that needs global cooperation. He then challenged China to stick to its green pledge.

Grimsson bluntly pointed out that China's reliance on coal-fired generator plants contributes to a circularity: release of carbon dioxide emissions from fossil fuels that contribute to Arctic warming, and, in turn, fuels destructive weather patterns worldwide. The former president then noted that Iceland, which just lost a glacier to climate change, operates with a predominantly clean energy economy. Over the past half-century, Iceland replaced its coal economy with geothermal energy and hydropower. Today, 25 percent of Iceland's electricity is produced by geothermal energy, and nine of ten of Iceland's homes are likewise heated.

Since 2012, Iceland has been working with China and the United Nations to cooperate on geothermal energy projects to replace coal-fired plants with greener energy sources. The Iceland-China partnership has thus far produced 17 geothermal projects across China, with far more planned. Iceland provides the technical expertise while China's Petroleum and Chemical Corporation (Sinopec) provides seismological data along with the "political and economic guanxi to drive the projects forward."

As a reflection of Beijing's green aspirations, China's signature project in clean energy is located at Xiong'An, southwest of Beijing. The planned green megacity that will eventually be home to 15 million people will be entirely heated by geothermal energy. According to Morgan Stanley, high-tech enterprises and cutting-edge technology firms such as Baidu, TenCent and Alibaba are expected to establish branches in the anticipated "green," "innovative" and "smart city."

U.S. Senator Lisa Murkowski shared the stage with former President Grimsson, despite Secretary Pompeo's warnings. The Alaska Senator reinforced what has become a multilateral call for cooperation to protect the Arctic by finding alternatives to fossil fuels worldwide. She mentioned the twin issues of energy production and climate change impacts — both defining features of her home state, the state that makes the United States an Arctic nation.

The Senator stated that she would bring the issue of geothermal energy development to Washington to determine congressional interest. Such an initiative would inevitably draw from Iceland's expertise — and given its success in China — a collaboration could include the world's two largest producing, consuming, and polluting countries, along with Iceland, which has the capability and the will to transform an energy economy.

The environmental and geopolitical benefits of a geothermal initiative among the United States, Iceland and China could go well beyond a small U.S.-China rapprochement during turbulent times. It just might also offer a constructive model for partnerships in renewable energy and economic growth worldwide.