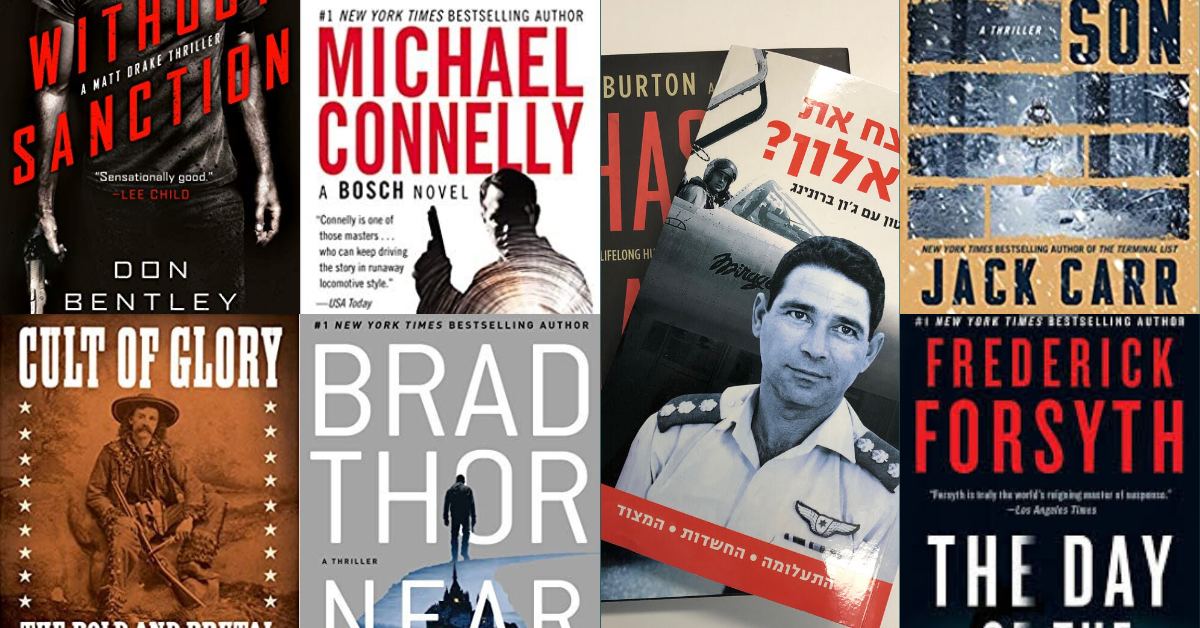 So, let’s get started with a few great summer reads!

First, a classic thriller, The Day of The Jackal by Frederick Forsyth. The book is timeless with a great plot involving a killer targeting a VIP.  From a practical perspective, the threat depicted by Forsyth is one that still resonates today for anyone who has been charged with protection and watching for threats.

When I was an agent, Forsyth’s best line from The Day of The Jackal hung inside our protection and protective intelligence offices as a vivid reminder of the seriousness of the job:

"All big men have bodyguards and security men, but over a period of years without any serious attempt on the life of a big man, the checks become formal, the routines mechanical and the degree of watchfulness is lowered."

I’ve always been a huge fan of John le Carré. I was hooked on le Carré the first time I read The Spy Who Came In From The Cold as an agent with the State Department in the 1980’s.

This book is a must read for any fan or writer of intelligence and espionage. The George Smiley series is from a different era in intelligence, but more like the true business of spies and traitors: tedious desk work, smart field personnel, meddling headquarters bosses, and lots of office politics. The era may be different but the lessons still ring true. Treachery, double agents, deceit and Russian spies. The Cold War never ended, despite what some may think.

I’m currently reading Doug Swanson’s Cult of Glory: The Bold and Brutal History of Texas. I’ve been reading about the history of the legendary Texas Rangers for years and was honored to serve very briefly with the Texas Department of Public Safety, a job I loved. Swanson does a great job explaining the violence that shaped the landscape of The Republic of Texas that gave birth to the Rangers. Students of history, law enforcement and Texana, would be well served adding this one to their library.

Recently, I ran into a Texas Ranger at a coffee shop in Austin and we swapped a few cop stories. You don’t see many Texas Rangers in public, but when you do, you can’t miss the white cowboy hat, boots, starched white shirt and timeless silver badge.
Lots of Texas history behind those badges, both good and bad.

I’m looking forward to the return of Scot Harvath in Brad Thor’s new thriller NEAR DARK later this month. If you aren’t already familiar with Brad’s books, you need to be. He’s one of the best thriller writers in the business.

I’ve had the honor of chatting with Brad on several podcasts. I encourage you to check them out! I’ve rarely been more surprised than when I saw the passage about my book Beirut Rules hidden inside Brad’s best-seller, Spymaster. That is the kinda guy he is. He is always giving back. Read one Brad Thor novel and you’ll be hooked for life. Pick up a copy — you won’t be disappointed.

Jack Carr has taken the thriller business by storm with his James Reece series. His latest, Savage Son, is one of the best. His books are fast-paced and draw the reader into the action. Jack is a former Navy SEAL sniper and also one of the nicest guys in the business with a huge social media following.

Like Brad Thor, Jack has been kind enough to visit on several “Pen & Sword” podcasts that you can also find on my website. Jack is also the inspiration behind my decision to pick up a Sig Sauer P365. You’ll have to listen to our podcasts for the back story. I’ve been a Sig fan since I was issued the .226 as an agent.

And for another series from another patriot, look to Don Bentley. Former Apache helicopter pilot and FBI special agent Don Bentley has hit the thriller business like the FBI HRT hits a door. Without Sanction, Don’s first installment in the Matt Drake thriller series, is a hit. I’m also looking forward to the follow up novel, The Outside Man, in March 2021.

Also, congrats to Don as he takes over Tom Clancy’s Jack Ryan, Jr. series! I’m looking forward to reading the first book coming out in June 2021. I got hooked on Clancy years ago with The Hunt For Red October and Patriot Games. Both books are timeless.

Many don’t realize the Bosch television series is based on several novels by Michael Connelly. The Black Echo was the first Harry Bosch novel and it’s masterful. The LAPD homicide detective is the kind of cop that everybody likes - except the bosses. I’ve now read the entire Bosch series —nobody writes a better cop story than Connelly.

While I was in Los Angeles on film business, I had the opportunity to visit the LAPD Hollywood Station where the first few seasons of Bosch were filmed. (I brought along a box of Primo Donuts for the officers). I also visited the studio where the Bosch series is filmed an got an amazing private tour. Fan for life.

If Bosch ever needs a back-up, I’m one Motorola page away. Harry and I would make a great team.

I’m also remembering Colonel Joseph Alon who was killed on July 1, 1973, in Bethesda, Maryland. I wrote about Joe in Chasing Shadows and was honored the book was translated into Hebrew. There have been a few twists and turns since the book was published, to include a Carlos "The Jackal" angle.

Do you know any good books I should be reading? Drop me a line at fred@officialfredburton.com.