Can a Wall Block Drug Smuggling Across the U.S.-Mexico Border? 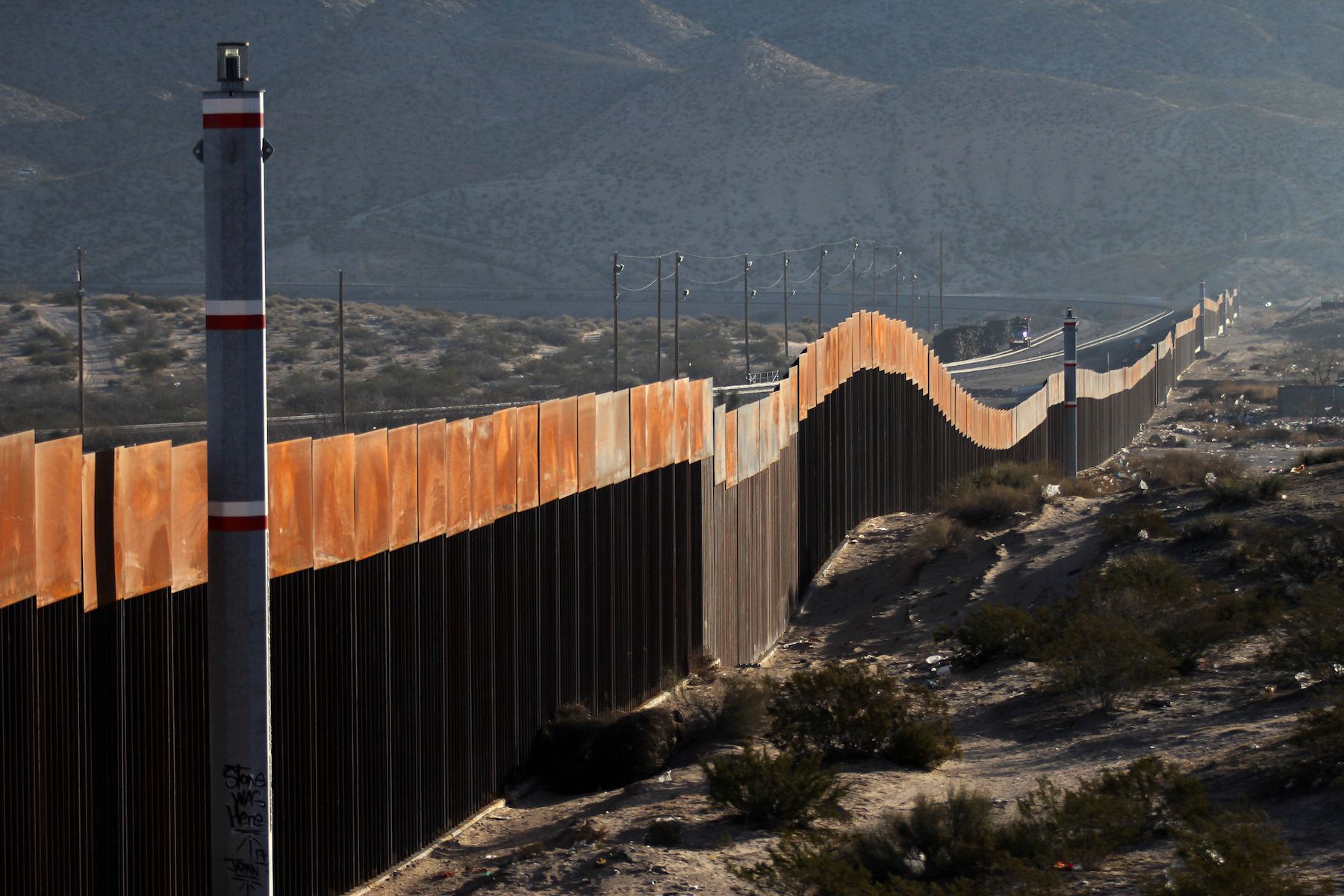 The U.S. government entered its longest partial shutdown back on Dec. 22, 2018. The impasse between Congress and the White House boiled down to President Donald Trump's demand for $5.7 billion dollars to fund hundreds of miles of barrier between the United States and Mexico. The border is more than 1,900 miles long. About a third of that length currently has some type of fence between the two countries. Stratfor Worldview analysts have pointed out in recent assessments:

Building a border wall was a fixture of Trump's 2016 presidential campaign. He refused this week to agree to a short-term funding deal reached by Democratic and Republican senators because it did not include the $5 billion for the wall. The House of Representatives then passed a bill that included the money, but it ran aground in the Senate.

The U.S. Customs and Border Protection reports that arrests of people illegally crossing that border have fallen steadily since 2000. Nevertheless, some 250,000 people are arrested trying to enter the United States illegally each year.

To make the case for the need for a border wall, President Trump said on Jan. 19 that a wall could help not just with human traffic across the border but in slowing the crossing of illegal drugs. "Heroin alone," he said, "kills 300 Americans a week, 90% of which comes across our southern border." Agents also report that much of the heroin is smuggled across the southern border.

But can a border barrier block determined drug smugglers and help save lives? Not alone, certainly.

As history shows, people have succeeded in scaling, cutting, smashing, bending and tunneling under existing border walls. Fences and walls have been in place on the U.S.-Mexico border for decades now, restricting or, in many cases, redirecting the flow of contraband and people. In many cases, effective walls have shifted flows of people to areas without them; since the areas without fences tend to be more remote and in hostile environments, this has resulted in the deaths of more migrants, thereby discouraging many from attempting the trip.

But while these periodic barriers help stanch the flow of lower-value drugs like marijuana, as well as undocumented aliens, it does little to halt the influx of high-value drugs, such as cocaine, heroin, fentanyl and methamphetamine, which kill tens of thousands of Americans every year. That's because these illicit goods enter the United States through normal points of entry as part of the massive stream of legitimate products that pass across the border every day.

In an interview with CNN's Erin Burnett, Stratfor's Scott Stewart pointed out that building walls did not stop drug smuggling, it and made smugglers find ways to go under, over around or through the walls. "There's a direct correlation between the building of the border walls in San Diego and Nogales in the late 1980s with the appearance of the narcotics tunnels in those places beginning in 1990. They only began tunneling after the walls started sprouting up," Stewart said.

It has been widely reported that witnesses in the trial of Joaquin Guzman Loera, better known as El Chapo, alleged that Mexico officials and politicians were compromised by payoffs from drug traffickers. One witness alleged that former Mexico President Enrique Pena Nieto accepted $100 million in bribe from El Chapo.

[T]he cartels had a significant amount of control over some politicians and portions of the government.

The cartels were too rich and powerful to be corralled in this manner. In the 1980s, interdiction efforts forced an increasing amount of cocaine trafficking away from Caribbean routes and through Mexico. The vast wealth connected to the cocaine trade made the Mexican cartels far more powerful than they had ever been. It also caused them to become more protective of the source of their wealth. One of the first widely publicized manifestations of this protectionist streak was seen in the 1985 kidnapping, torture and murder of U.S. Drug Enforcement Administration Special Agent Enrique Camarena. While his death caused the United States to focus heavily on Mexico's powerful Guadalajara cartel and pressure the Mexican and regional governments to follow suit, cartel violence was not a new manifestation: The cartels assassinated rivals and journalists well before 1985.

Part of the cartels' power stems from geography in addition to policy.

From the rebels of Chihuahua to the drug kingpins of Tierra Caliente and Sinaloa, the historical and ongoing challenge for Mexico is to subdue and incorporate far-flung, geographically-isolated communities. The modern expression of this struggle can be seen in today's war with drug trafficking organizations, but it is a pattern that has been repeated throughout history and has been shaped by Mexico's physical geography.

Any resolution of the cartel drug trafficking across the border will demand first reform and then cooperation with the United States from the Mexican government. New president Andres Manuel Lopez Obrador has promised to shake things up in Mexico. That includes cracking down on corruption. But he may find that in controlling the cartels, the odds are stacked against him.

[T]he Mexican Congress also serves as a severe constraint on the power of the president to enact reforms. Without congressional support, the president could make only limited changes, and lawmakers would resist making any radical shifts in cartel policy.

This means that, much like immediate predecessors Pena Nieto, Calderon and Vicente Fox, Mexico's [new] president will not have much freedom to change the country's cartel policy.

In the meantime, the U.S. Congress and President Trump cannot agree on how to stop the illegal flow of migrants across the U.S.-Mexico border. And the country remains in an opioid crisis. According to the U.S. Centers for Disease Control and Prevention, "During 2017, over 15,000 people died from drug overdoses involving heroin in the United States, a rate of almost 5 deaths for every 100,000 Americans."