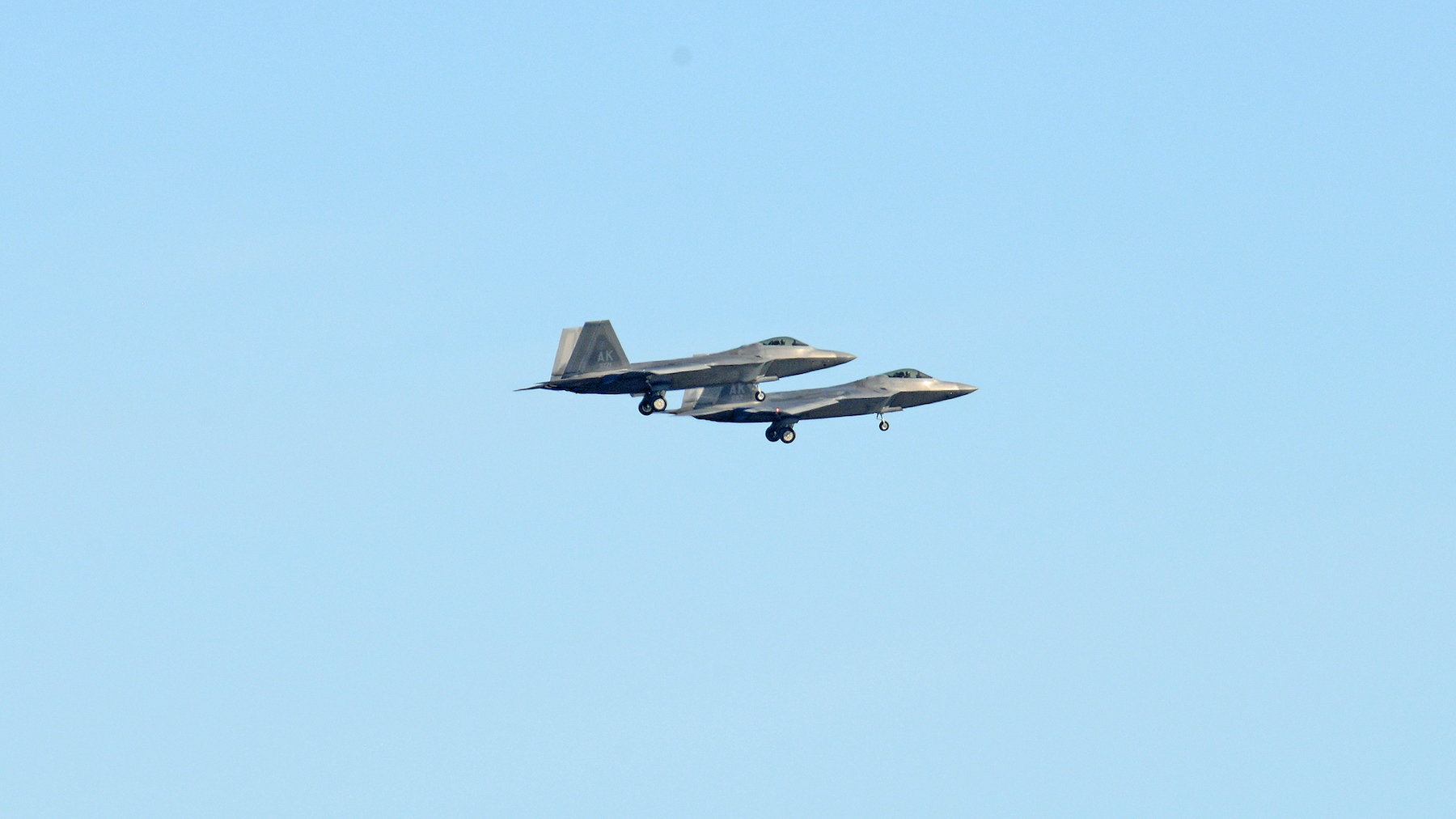 Sitting in my hotel room in Anchorage on a recent business trip, I was drawn to the window by the unmistakable sound of military aircraft — in this case a pair of F-22 Raptors carrying out maneuvers in the nightless skies of the Alaskan summer. In addition to the F-22s, Alaska is preparing to host the F-35, and will soon boast the largest concentration of U.S. fifth-generation military aircraft on the planet. For those in the lower 48, this may seem an odd location for such a collection of military firepower, but as the Alaskans are fond of reminding their southern countrymen, the "father" of the American Air Force, Billy Mitchell, once told Congress that "he who holds Alaska will hold the world."

On flat maps of the United States, Alaska is either stretched out of shape on the top left quadrant, or shoved in a tiny box (next to Hawaii) in the lower left. Its distance from the contiguous continental United States leaves it an outlier; a distant frontier known for gold prospecting, ice road trucking, salmon fishing, cruise ship tours and oil. The strategic significance of Alaska is often overlooked, even compared to that other distant state, Hawaii. But a simple look at a globe, rather than a flat map, quickly emphasizes just why Alaska's situation is so important.

During his 1935 comments to the House Military Affairs Commission, Mitchell, a long-term advocate of air power in an era of land and sea power, reminded his listeners of the realities of a round, rather than flat, world:

"Alaska is the most central place in the world for aircraft, and that is true either of Europe, Asia, or North America."

In that sense, Alaska sits at the intersection of North America, Asia and Europe, a critical intersection for U.S. strategic security. Washington may be closer to Western European capitals, but Anchorage is close to both Europe and Asia. By air, Anchorage is 825 miles further from London than DC and 360 miles further from Berlin, but it is 500 miles closer to Moscow, nearly 3,000 miles closer to Beijing and more than 3,000 miles closer to Tokyo. In short, when we remember we live on a globe rather than a flat map, Alaska's strategic location becomes readily apparent. There is a reason Alaska is also a central component of U.S. ballistic missile defense.

An added significance of Alaska's location is its position in the Arctic, an area of increasing strategic importance as new maritime routes are opening up, energy and mineral resources are becoming more accessible and maritime food resources are shifting location and patterns. During the Cold War we were often reminded of the strategic significance of the Arctic when seeing pictures or movies depicting a U.S. nuclear missile submarine busting through the ice — a show of U.S. power on the Soviet doorstep. Today, it's more than submarines moving through the inhospitable frozen North. As we think of the changing world around us, and the revival of focus on great power competition, it may be a good time to dust off those old Polar projection maps — or maybe even dust off that globe. After all, the world is far from flat.