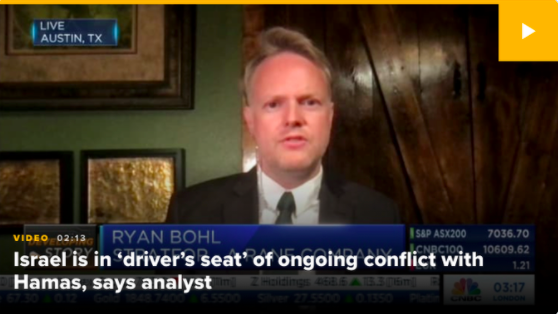 The U.S. plans to revive the Iran nuclear deal, and that could undercut efforts to end the conflict between Israel and Palestinian militants in Gaza, one analyst told CNBC on Monday.

Ryan Bohl, a Middle East and North African analyst at risk consultancy Stratfor, told CNBC’s “Street Signs Asia” that the U.S. is the only country in the world that could change Israeli behavior, and there are “emerging signs” that Washington wants a ceasefire. He agreed that Israel is in the driver’s seat of the conflict. Read the full CNBC article here.